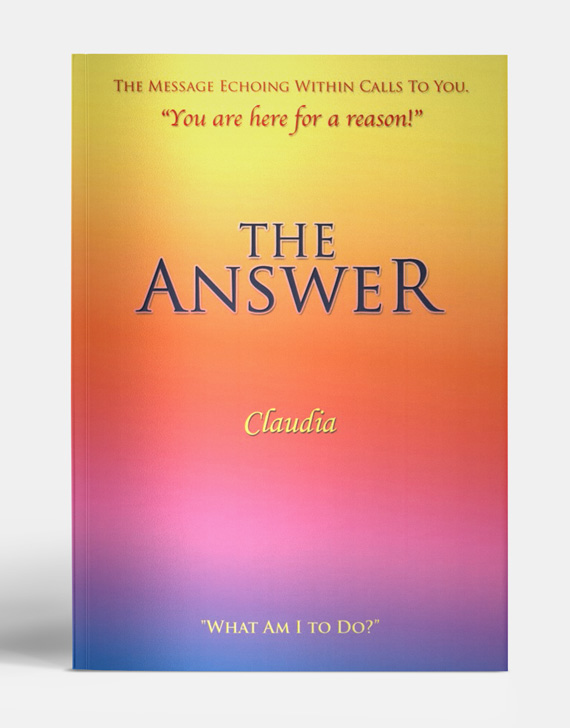 The Answer, a compelling tale, unfolds as eight friends discover they all have recently encountered an unusual elderly gentleman. Mysteriously and inexplicably, this kindly stranger appears to them in different settings around the world. On each occasion, he delivers the same message, urging each of them to come to the aid of a place he simply calls the Island. While sharing their odd encounters, the friends become confident in the reality of their experiences and in the important truth of their visitor’s messages. As they deliberate making commitments to a yet-to-be-revealed vital mission, the amiable gentleman joins their conversations, facilitating greater camaraderie while also expanding the friends’ consciousness of dimensions beyond their own. His mere presence is evidence that more exists than previously known. Like other books presented by Claudia, The Answer features characters whose gentleness, goodness, and mutual respect embody an enviable way of being.